The Halbach Array is a specialised magnetic assembly consisting of Rare Earth permanent magnets assembled in such a way as to provide a controlled (uniform and homogenous) and high magnetic field strength without the use of ferromagnetic materials. 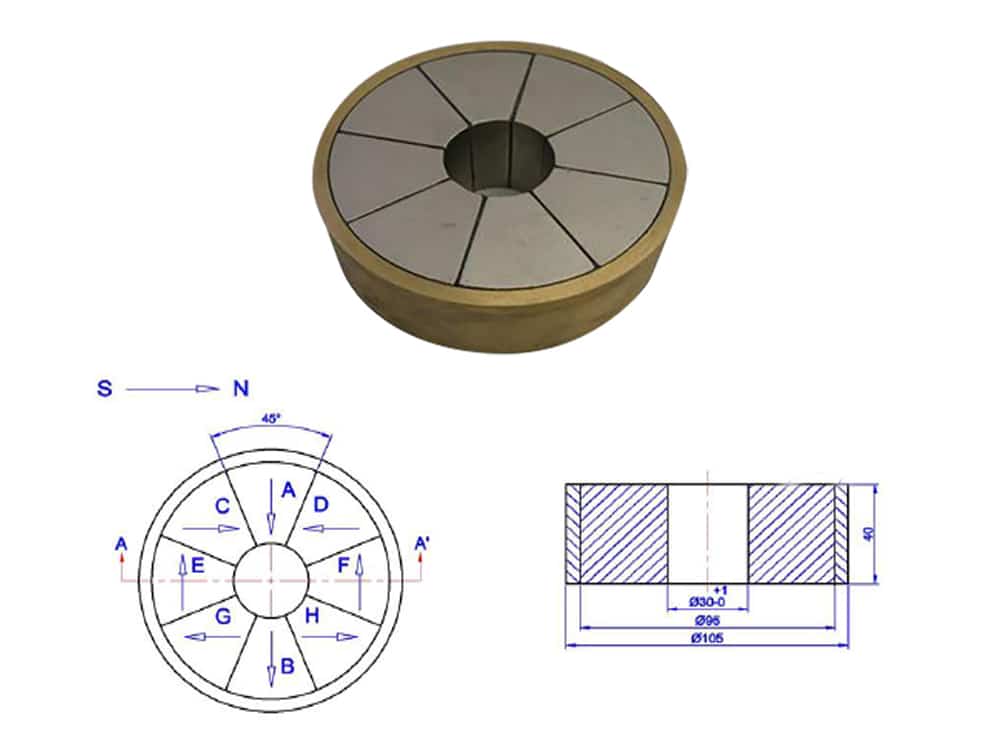 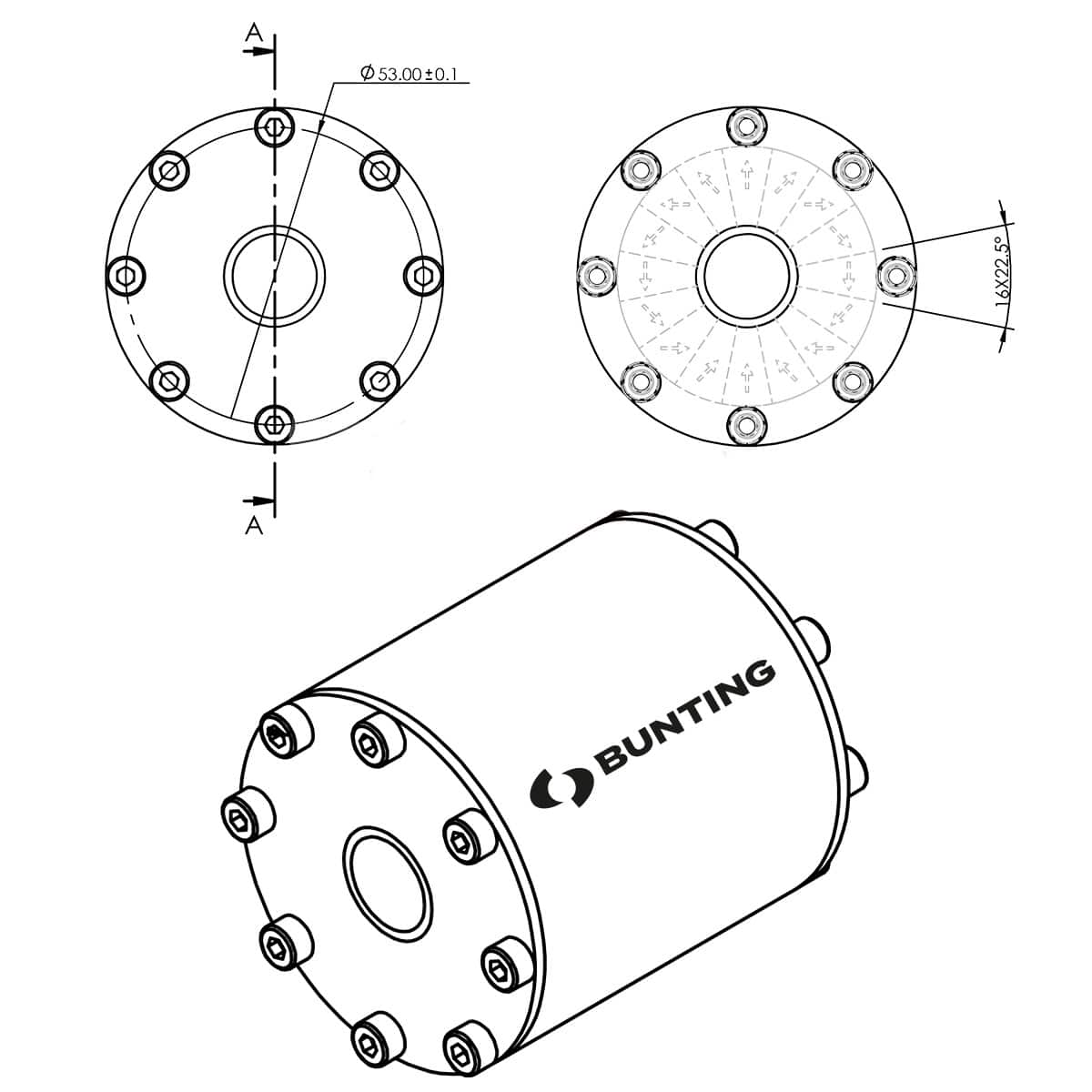 The Halbach Array is a specialised magnetic assembly consisting of Rare Earth permanent magnets assembled in such a way as to provide a controlled (uniform and homogenous) and high magnetic field strength without the use of ferromagnetic materials.

The traditional Halbach Array is a cylinder / ring with a dipole (2 pole) pattern in the central air gap. The magnetic field within the ring is uniform (parallel field lines which are homogenous) across the entire central hole and of high strength.

The NdFeB Halbach Array we offer is a two pole version that is 110mm in diameter with a 30mm diameter central hole. It is 40mm in axial length. It uses standard +80 deg C maximum recommended operating temperature NdFeB (Neodymium Iron Boron). The field in the centre of the air gap is at least 10000Gauss / 1Tesla at ambient temperature. The outer protective sleeve is of brass construction.

The SmCo Halbach Array ring is made from 16 magnets (22.5 degree arc segments, each with a specific direction of magnetisation). Each arc segment has the direction of magnetisation such that the magnetic field traverses the central air gap and is then ‘guided’ through and around the magnet material itself. This particular array is special as it is fully contained and uses cryogenic adhesive so that it can be used at liquid helium temperatures of -269 deg C.

We can manufacture other Halbach Arrays upon request. For example, the ring can be made from more arc segments (the higher the number of segments, the better the uniformity of field within the central air gap, but the assembly cost increases) or we can produce to a different magnetic field pattern (multiple pole pairs).

Please be aware that the lead time for making the Halbach Array is typically 11-12 weeks. If ordered alongside other products from our extensive range of magnets, we would ship the Halbach Arrays separately and we would inform soon after placing your order of the estimated delivery date for the Halbach Array.