Bunting – eMagnets offer an extensive range of traditional Alnico Magnets in all the common shapes including Horseshoe, Button, Deep Pot, Limpet Pot and Bar Magnets. Alnico offers outstanding temperature stability, it can be used in high temperature applications and has a high resistance to corrosion. 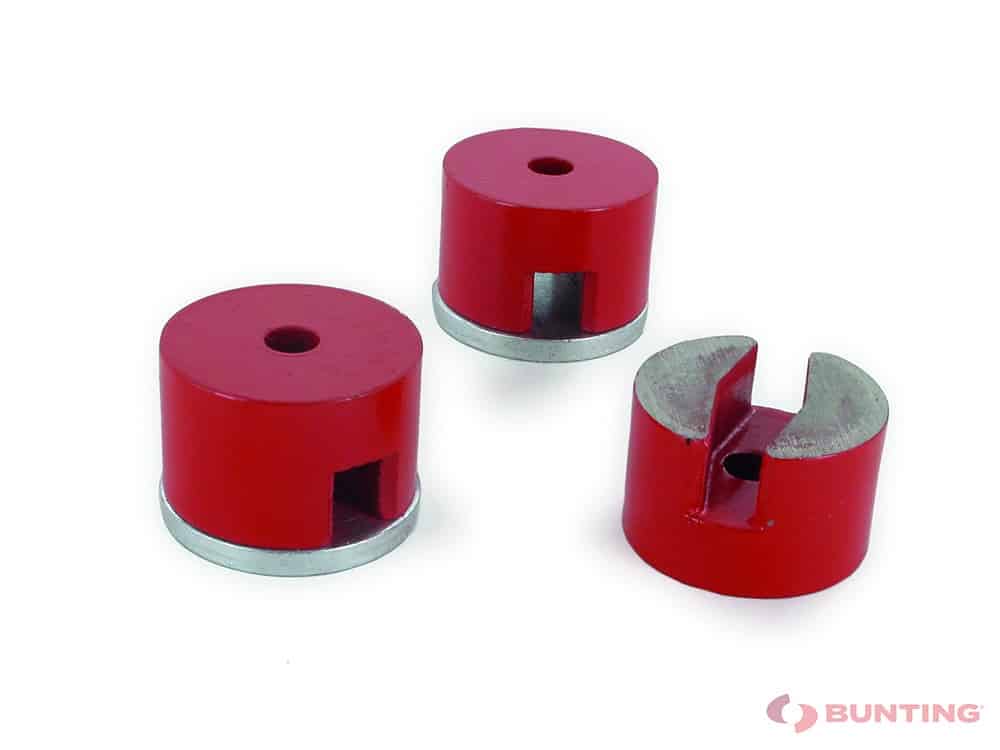 Alnico Circular or Round Bar Magnets 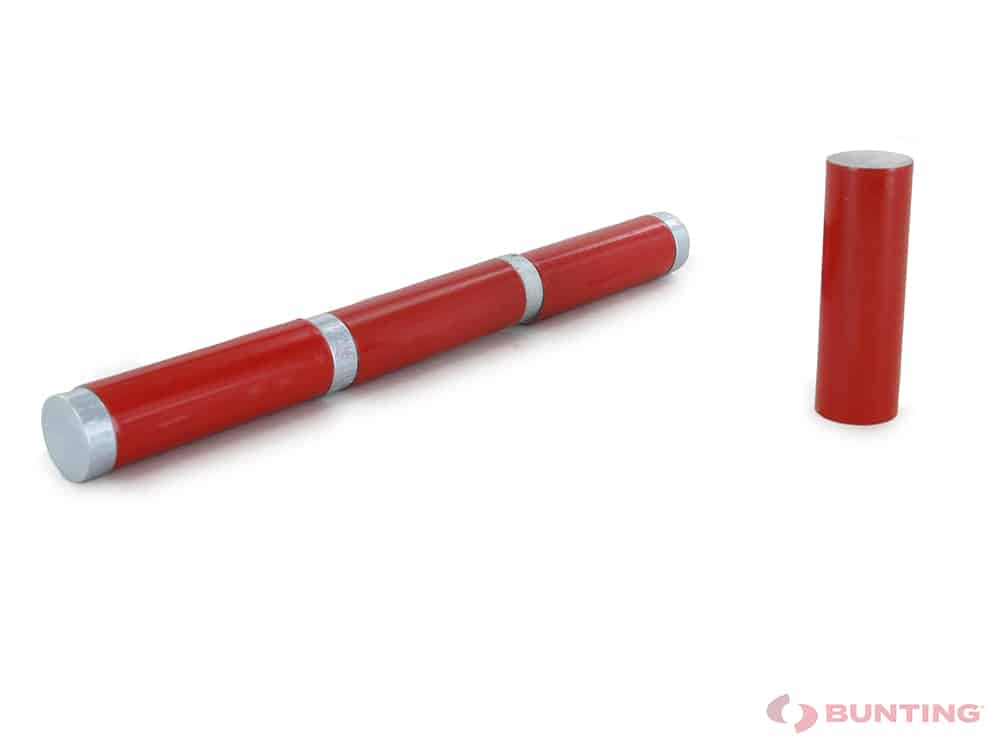 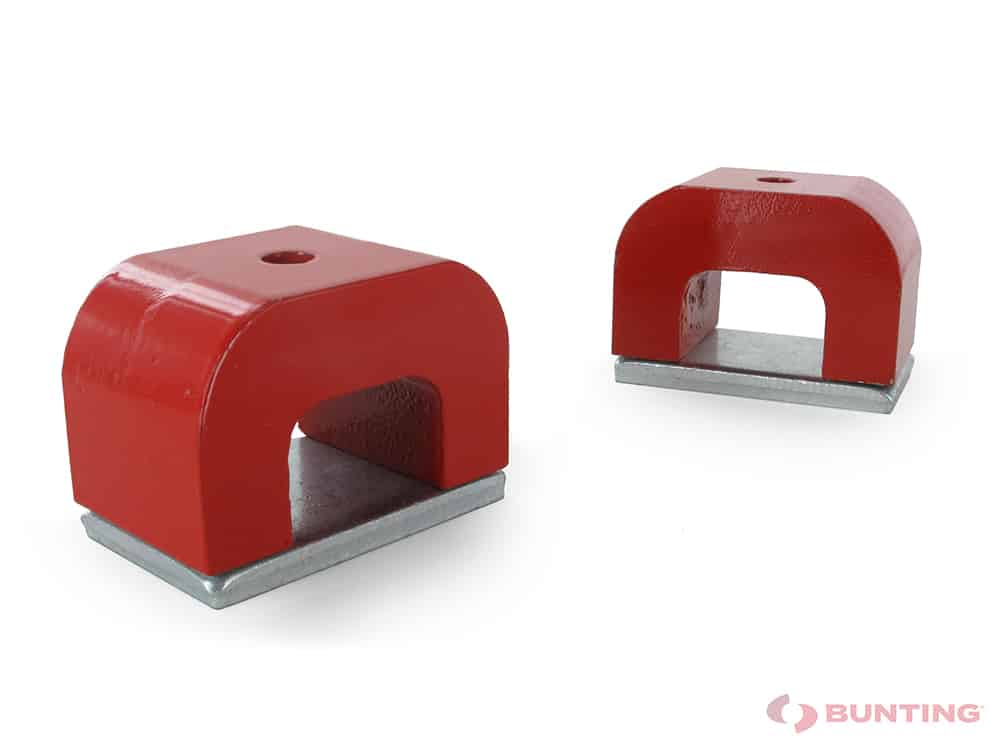 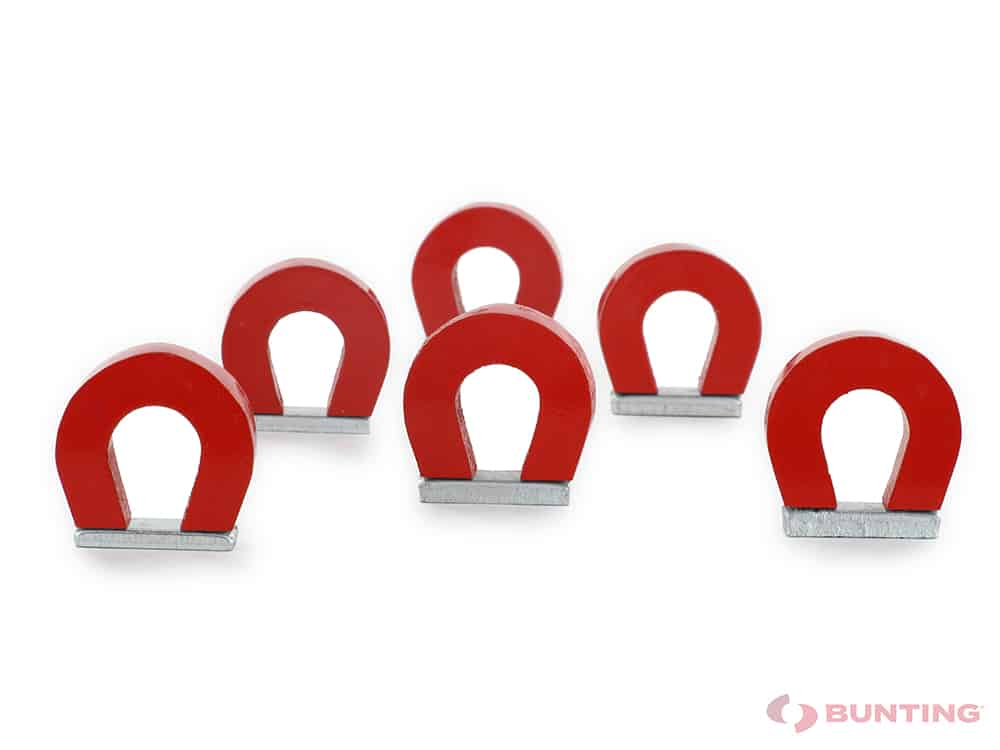 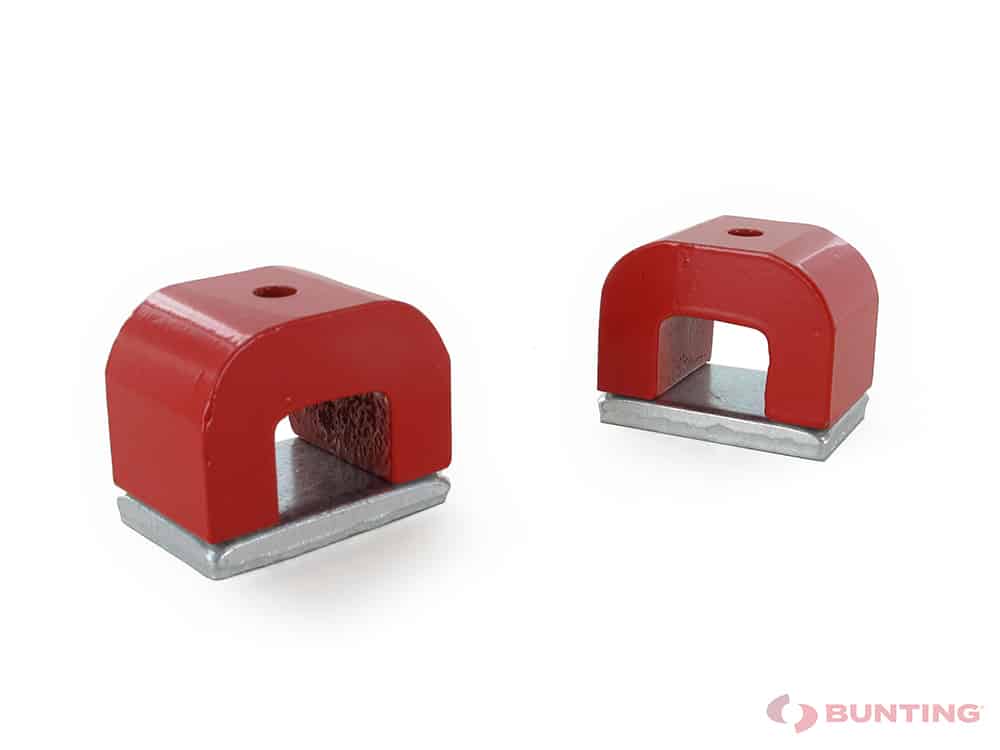 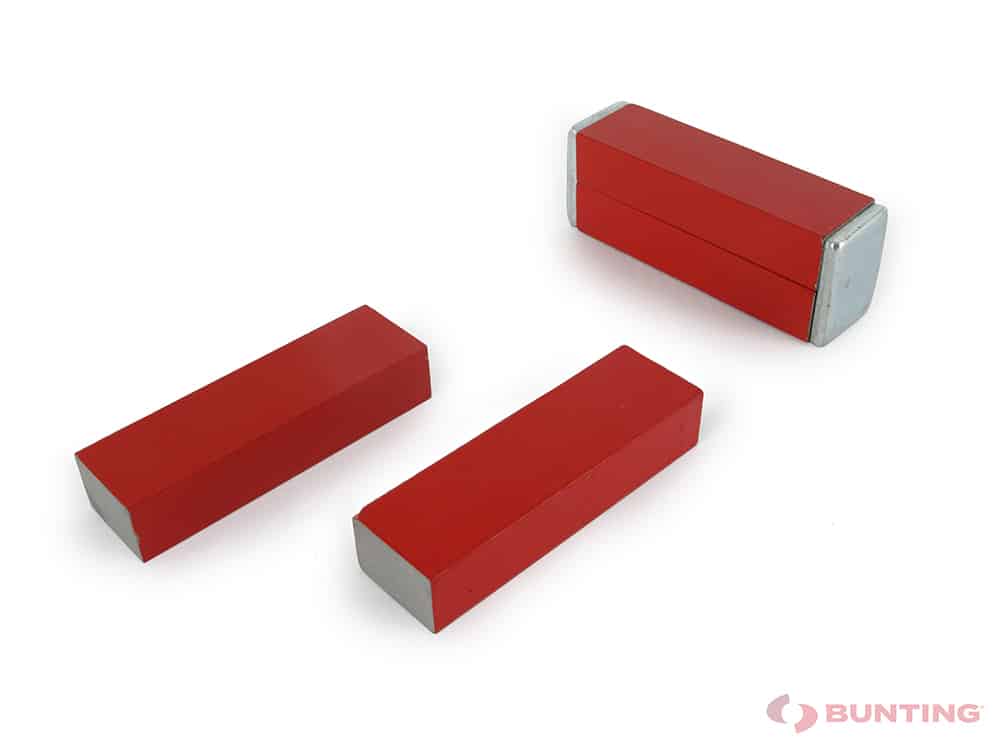 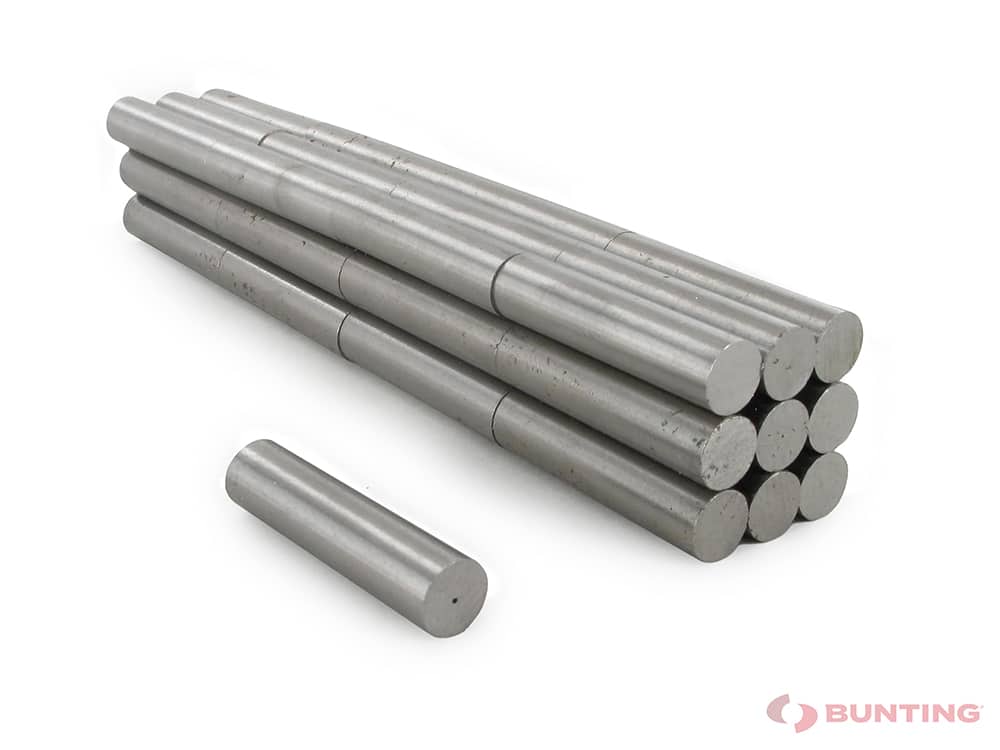 Alnico magnets are produced by either a sintering method or, more commonly, a casting method. Alnico is an alloy containing Aluminium, Nickel, Cobalt, Iron and Copper. It is a hard yet brittle magnet which is very difficult to machine or drill and is not recommended for structural use. The as cast or as sintered shape is acceptable for many applications but surfaces may be precision ground for a smoother surface finish with tighter tolerances although this will increase cost. As the magnets are sintered or cast, small quantity production runs are generally not possible or, if done, may contain significant tooling charges and minimum quantity requests (casting requires sand molds to be made, sintering requires die presses to be made). The standard grade is Alnico 5 although other grades are available which we can offer as part of our bespoke magnet service. Cast Alnico magnets may have very small air holes in their structure – this is normal and cannot be avoided. Sintered Alnico magnets do not have holes in the structure.

Although not always regarded as necessary because of their high resistance to corrosion, the Alnico magnets are sometimes given a protective coating or even simply a coating to make the magnet more aesthetically pleasing. The colour of the coating is almost always red. This gives us the Alnico Red Magnet range.

Alnico magnets have very high Br values, comparable with the NdFeB and SmCo magnets. They have an advantage in that they can be cast into complex shapes and can be magnetised during the heat treatment stages required to give Alnico its final magnetic properties. The magnets are often magnetised in the final assembly to give the best performance (where magnetising is possible). This allows more complex magnetising patterns such as the Horseshoe magnet shape to be possible.

It is generally recommended not to use Alnico magnets at temperature above 500 deg C. Alnico magnets are the only real choice for temperatures above 350 deg C as the Samarium in SmCo Rare Earth magnets migrates out of the structure above 350 deg C causing permanent loss in magnetic output. -75 deg C is regarded as a reasonably acceptable lower temperature for using Alnico although irreversible losses of around 10% are reported at -190 deg C. The actual losses for Alnico are a function of the magnet geometry, total magnetic circuit and the BH curve shape.

Alnico can be supplied in varying grades and various sizes. If a particular BH curve for Alnico is required (or special Br, Hc and Hci values are required), it may be possible to manufacture (or we may be able to suggest a near alternative) because the properties can be varied during casting and heat treatment although such magnets may be more costly to produce and may require minimum order quantities.