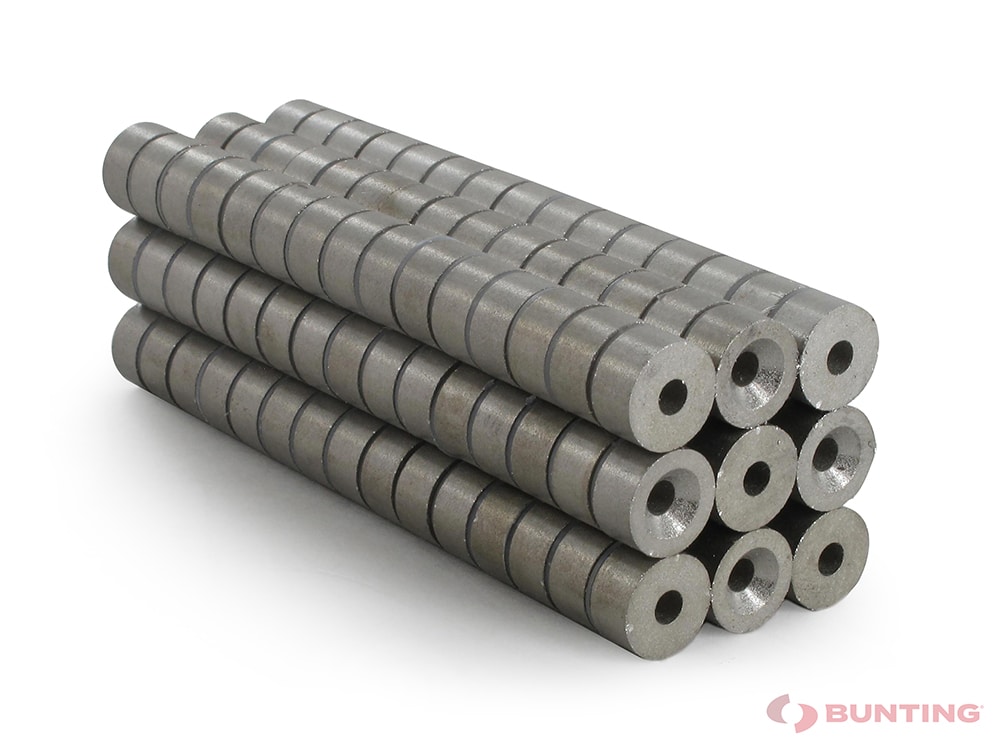 SmCo is a great choice for applications where high temperatures exist and where high external demagnetising forces exist, such as in motors and generators.

Where Alnico cannot be used, SmCo is also a superb choice for temperature sensitive applications such as sensors where a stable magnetic field is required. It is used in aerospace, automotive and military applications.

SmCo offers excellent corrosion resistance to water due to little free iron being present in its structure. However, SmCo is a brittle material and could break, chip, snap or possibly even shatter if mishandled. Care should be taken when using SmCo (e.g. wear safety glasses).

The SmCo magnets can be made to have straight through holes or countersunk holes. These ring magnets have higher permeance coefficients compared to disc magnets are the same outer dimensions. The magnetic pole on the countersunk face is stated because, when applying the rule of unlike Poles attract, a South countersunk face magnet will attract only to a North countersunk faced magnet (although any countersunk ring magnet can be used to attract to mild steel).

If you cannot find the dimensions you require, please get in touch. The standard manufacturing tolerance is +/- 0.1mm on all dimensions.