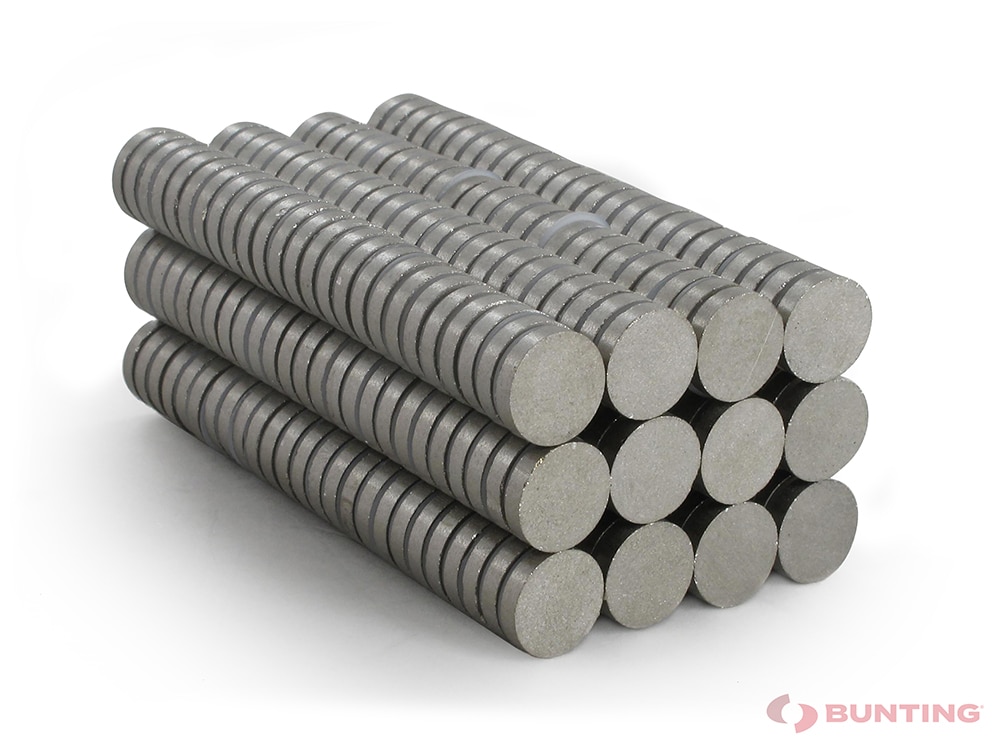 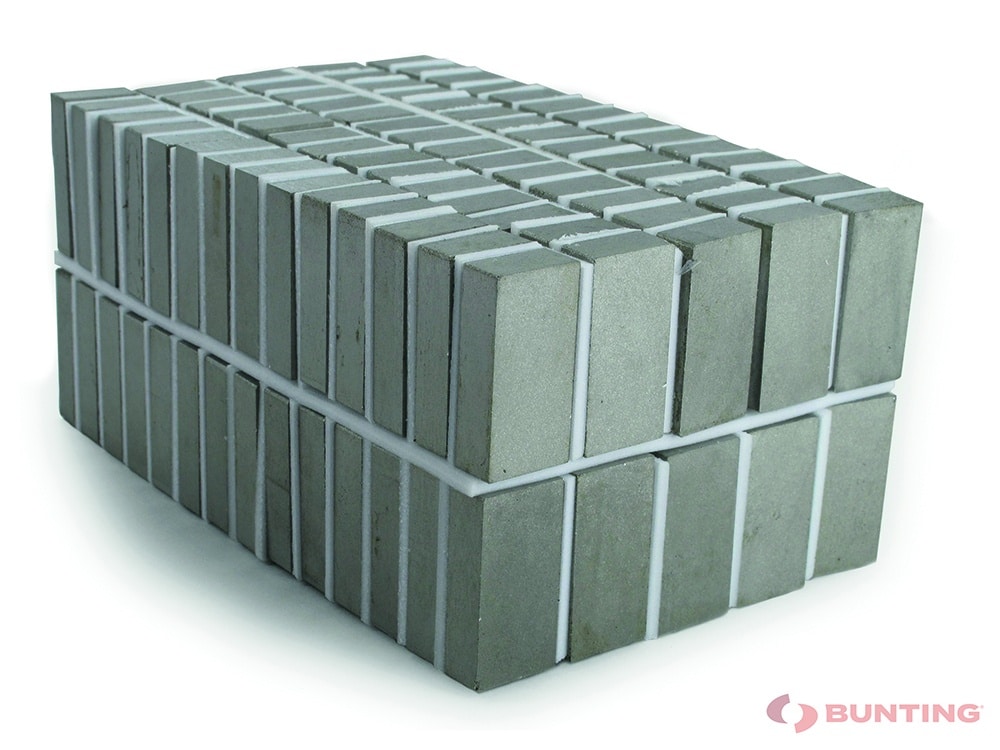 Samarium Cobalt (SmCo) magnets are not as strong as the Neodymium (NdFeB) magnets (maximum energy product of between 30 and 50 MGOe) but they have three significant advantages. The SmCo magnets work over a wider temperature range, have superior temperature coefficients and have much greater corrosion resistance.

Samarium Cobalt (SmCo) magnets can be used over a massive temperature range. A few Neodymium magnet grades can be used at temperatures up to 220 degrees C. The SmCo magnets start to outperform the NdFeB magnets around 150-180 degrees C. Also, Samarium Cobalt magnets are ideal for very low temperature applications (SmCo can be used down to a few Kelvin above Absolute Zero) making them a first choice magnet for cryogenic applications. They can also be used in very high temperatures – up to +250 deg C or +300/+350 degrees C depending on the grade; the SmCo26 is rated to +300 degreec C)

The flux output of the Samarium Cobalt (SmCo) magnets is more stable with changes in temperature than NdFeB magnets due to having better temperature coefficients (e.g. -0.030%/°C for change in Br versus -0.100%/°C for NdFeB and -0.20%/°C for change in Hci versus -0.60%/°C for NdFeB). This can be particularly useful in critical applications such as sensors (although Alnico can be a better choice for temperature stability). It also means that Samarium Cobalt can resist demagnetisation better than Neodymium in higher temperature applications such as motors.

We offer bespoke sintered SmCo magnets. Standard magnet tolerances are +/-0.1mm with +/-0.05mm available for slightly higher cost. We can also produce the SmCo magnets with tolerances down towards +/-0.005mm as part of our Precision Magnets range although we will specify the tolerances that can be achieved for each shape (the Precision Magnets range is limited to small sized magnets and also to 100k minimum order quantity).

We supply Samarium Cobalt (SmCo) magnets with Maximum Energy Products (BHmax) varying from 18 MGOe up to 32 MGOe (our standard is 26 MGOe which we call SmCo26). In addition, we offer a range of SmCo with increased Hci to standard SmCo. We also supply Low Temperature Coefficient SmCo22LTC and SmCo10LTC(1:5) which has smaller variations in magnetic output with temperature than standard SmCo.

Bonded and Plastic bonded Samarium Cobalt is also available. Tooling charges may apply for these products (these products are made to order only and are best suited for higher volume production runs).

Please contact us for a datasheet on our sintered and bonded Samarium Cobalt (SmCo) magnets.